Possibly one of the strangest things I’ve heard of, tarantism is “a mania characterized by an uncontrollable impulse to dance, esp. as prevalent in southern Italy from the 15th to the 17th century, popularly attributed to the bite of the tarantula”. Not just any tarantula, though. It’s specifically attributed to the European wolf spider. 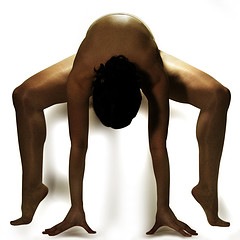 Merriam-Webster picked tarantism as their word of the day, explaining the strange phenomenon in their podcast:

"Some people claimed tarantism was caused by the bite of the European wolf spider, which is also known as the tarantula (and is also named after Taranto); such folks declared that dancing off the venom was the only cure. Musicians supposedly traveled to the region to help cure the epidemic, and some believe that the Italian folk dance called the 'tarantella' resulted from the craze..."

The words tarantism and tarantula both come from Taranto, a “seaport city in southern Italy in the region where the spiders are frequently found”, says the Online Etymology Dictionary.